A CASE OF A VERY DIFFICULT UNSUSPECTED PREGNANCY

- June 14, 2019
A CASE OF A VERY DIFFICULT UNSUSPECTED PREGNANCY

35 year Jane who struggled to fall pregnant, had multiple miscarriages. She was known to have a left asbcent kidney. She had pain with intercourse and struggled in her relationships as a result.

She came for an abdominal and gynecological sonar examination. The findings were surprising. Janes uterus was different. Her uterus was separated by a deep cleft, and two separate cavities. In one of the uterine cavities she had a viable pregnancy.

The second uterus was empty.

The diagnosis was uterine didelphys with a pregnancy.

An amazing but rare finding.

Uterus didelphys is a type of Müllerian duct anomaly (class III) where there is a complete duplication of uterine horns as well as duplication of the cervix, with no communication between them.

8% of women may that have uterine didelphys have painful sex (dysparenia) due to a vaginal septum.

The chances of a good outcome to this pregnancy are dismal. Only 20% or 1/5 patients can have a complete pregnancy. A third of pregnancies end in abortion and over half in premature deliveries. Only 40% of pregnancies have living children.

After the pregnancy a HSG further screening was performed.

There were two separate endocervical canals that open into separate endometrial cavities, with no communication between the two horns of the uterus.

Each of the separate endometrial cavities ended with a solitary fallopian tube.

We screened her for endometriosis, a common complication associated with uterine didelphys.

Popular posts from this blog 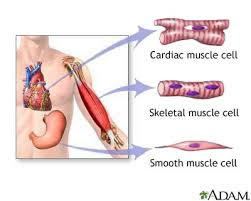 The Nervous System, The Sense of Hearing 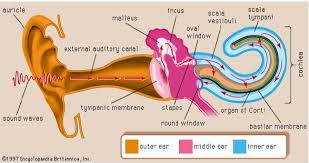 The Tympanic Membrane and the Ossicular System Sound from the tympanic Membrane to the Cochlea Tympanic Membrane, Malleus, Incus, Stapes, Oval Window - the ossicular chain. Malleus is also attached to the tensor tympani muscle. Impedance matching between sound waves in air and sound waves in the cochlear fluid is mediated by the ossicular chain. Sound is not amplified by increasing movement at the stapes, but increasing force of movement  at the stapes. Increasing pressure, increases the vibration of the fluid in the membranous labyrinth - via the oval window.  Impedance matching between air waves and fluid waves.  Contraction of the stapedius and the tensor tympani muscles attenuates sound conduction This is the same mechanism used to diminish the sensitivity to ones own speech Increases the rigidity of the stapes, and therefore the ossicular chain. Sound Transmission Through Bone Conduction The cochlea is embedded in bone, vibration of the skull can directly stimu
Read more

Functional System of the Cell 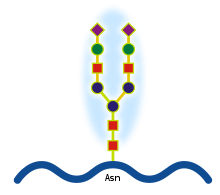 Ingestion by the Cell - Endocytosis The cell obtains its nutrients and other substances from the surrounding fluid through Diffusion and active transport. Active transport consists of  endocytosis, the principle forms are pinocytosis and phagocytosis. Pinocytosis means the ingestion of small globules of extracellular fluid forming minute vesicles in the cell cytoplasm. The molecules attach to receptors on the membranes, call coated pits, and on the inside of this cell membrane beneath these pits is latticework of fibrillar protien called clathrin and a contractile filament of actin and myosin. After the protein molecules bind with the receptors, the membrane invaginates, and the contractile protiens surround the pit, causing the boarders to close over the attached proteins and form a pinocytotic vesicle. Phagocytosis is the ingestion of large particles like bacteria, cells, and portions of degenerated tissue. Macrophages and some white cells perform phagocytosis.   Bacteria
Read more