Showing posts from September, 2010
Show all

- September 25, 2010
No medication is 100% effective in treating malaria.   For best results, keep using the medication as directed. Talk with your doctor if you have fever, vomiting, or diarrhea during your treatment. Mefloquine is an antimalarial agent for oral administration. Mefloquine is an antimalarial agent that acts as a blood schizonticide. It is effective against all species of malaria (P. falciparum, P. vivax, P. malariae and P. ovale). Its exact mechanism of action is not known.  Similar to chloroquine and quinine, mefloquine appears to interfere with the parasite's ability to metabolize and utilise erythrocyte hemoglobin.  Mefloquine may exert its antimalarial action by disrupting the membrane trafficking events involved in the uptake of phospholipids. Treatment of acute malaria infections  : Mefloquine is indicated for the treatment of mild to moderate acute malaria caused by mefloquine-susceptible strains of P. falciparum (both chloroquine-susceptible and resistant strains)
1 comment
Read more

- September 13, 2010
The cell membrane enables separation of electrical charge in the body.  The input of energy to transport ions across the membrane has created an electrical gradient - negative inside and positive on the outside Active transport of ions across the cell membrane also creates a chemical concentration gradient Electrical + concentration gradient = electrochemical gradient Osmotic equilibrium is maintained because water moves freely across the membrane. Resting membrane potential difference ECF = 0, ICF = -ve
Post a Comment
Read more 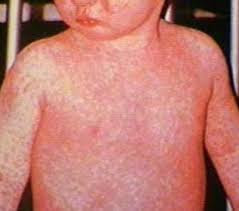